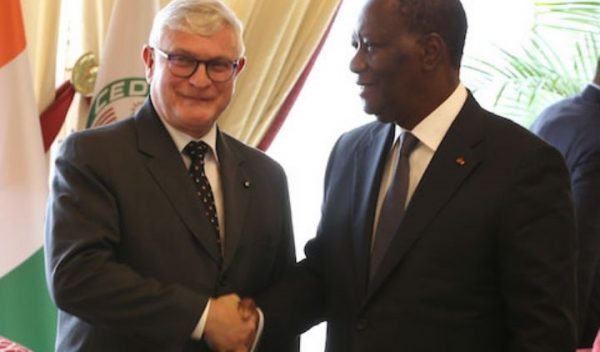 The official opening of diplomatic relations took place in 1972 with the presentation of the credentials of the Prince of LOBKOWICZ to President HOUPHOUËT-BOIGNY on 11 May 1972.
A State visit gave concrete expression to this relationship with the visit, from 11 to 15 June 1977, of the 77th Grand Master of the Sovereign Order of Malta, H.H. Em.ma Fra’ Angelo de MOJANA di COLOGNA.

On 16 April 2015, the Grand Hospitaller of the Sovereign Order of Malta, H.E. Prince Dominique de La ROCHEFOUCAULD-MONTBEL, participated, in the presence of H.E. President Alassane OUATTARA, in the inauguration of the St. Jean Baptiste Hospital in Bodo, currently managed by the Order of Malta France.

The regularisation of diplomatic relations was updated on 19 September 2019 by the signing of a cooperation agreement between the Sovereign Order of Malta and the Republic of Côte d’Ivoire, during the visit of the Grand Hospitaller, H.E. Prince Dominique de La ROCHEFOUCAULD – MONTBEL, on the occasion of the consecration of the chapel of the St Jean Baptiste Hospital in Bodo. 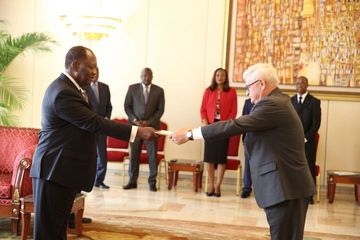 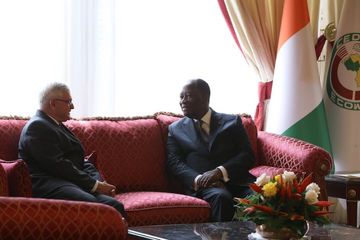 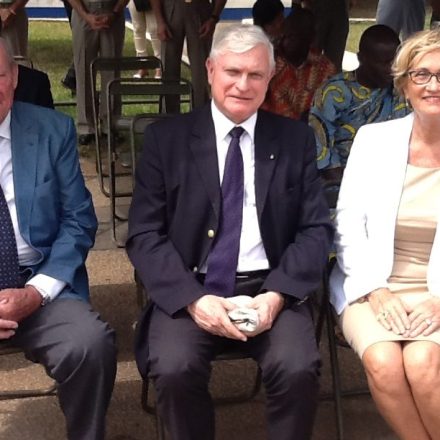