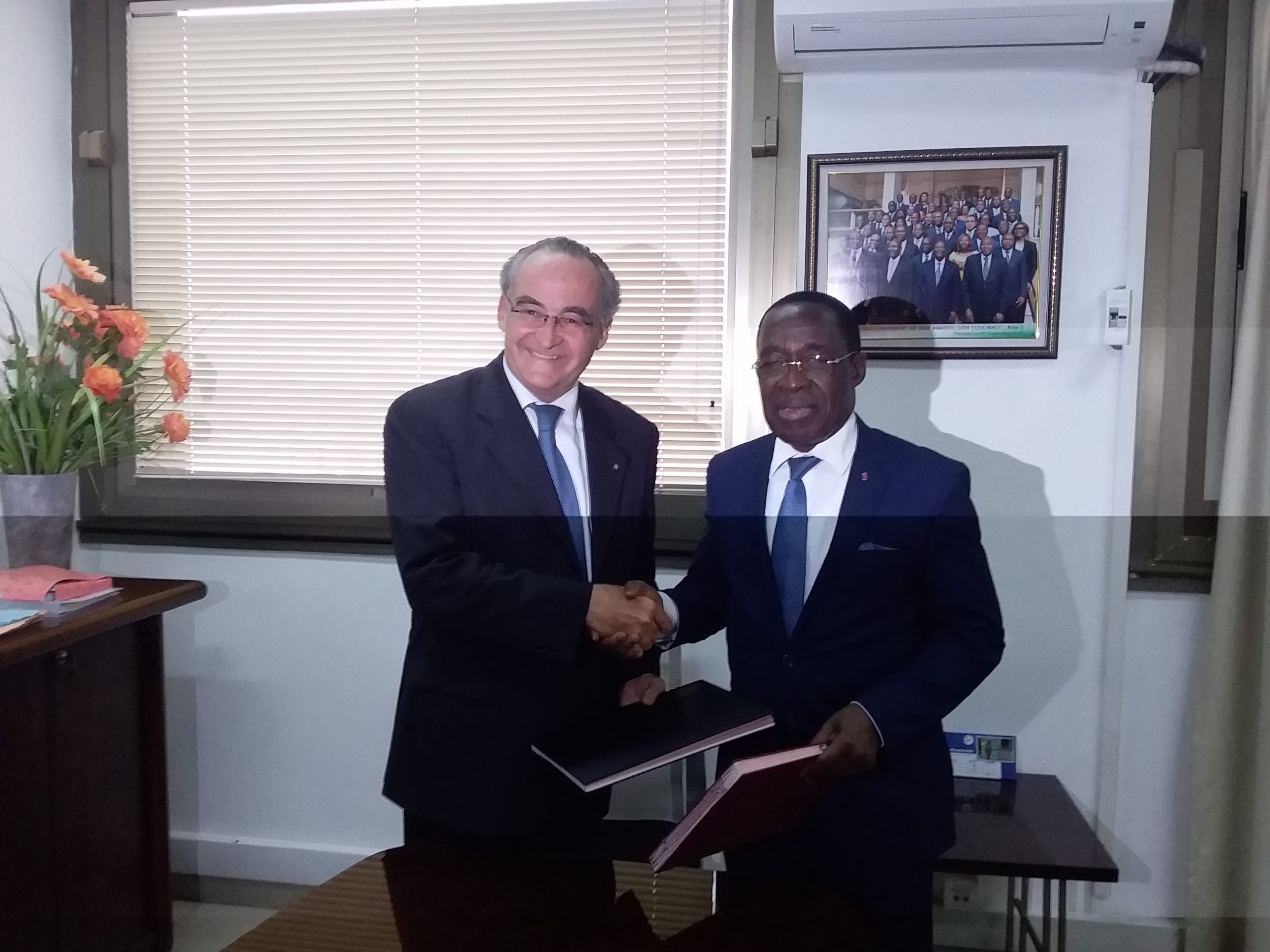 On September 19, 2019, a framework agreement was signed between the Republic of Côte d’Ivoire and the Sovereign Order of Malta. After a meeting with the Prime Minister of Côte d’Ivoie, Mr. Amadou Gon Coulibaly, this document was signed by the Grand Hospitalier H.E. Prince Dominique de La Rochefoucauld-Montbel and Dr. AKA AOUELE, Minister of Health and representative of the Government of the Republic of Côte d’Ivoire; it establishes, in a more formal way, the diplomatic relations between the two States, and it will allow, in particular, the Order’s subordinate organizations to intervene on the Ivorian territory and thus strengthen the current partnership in this country. 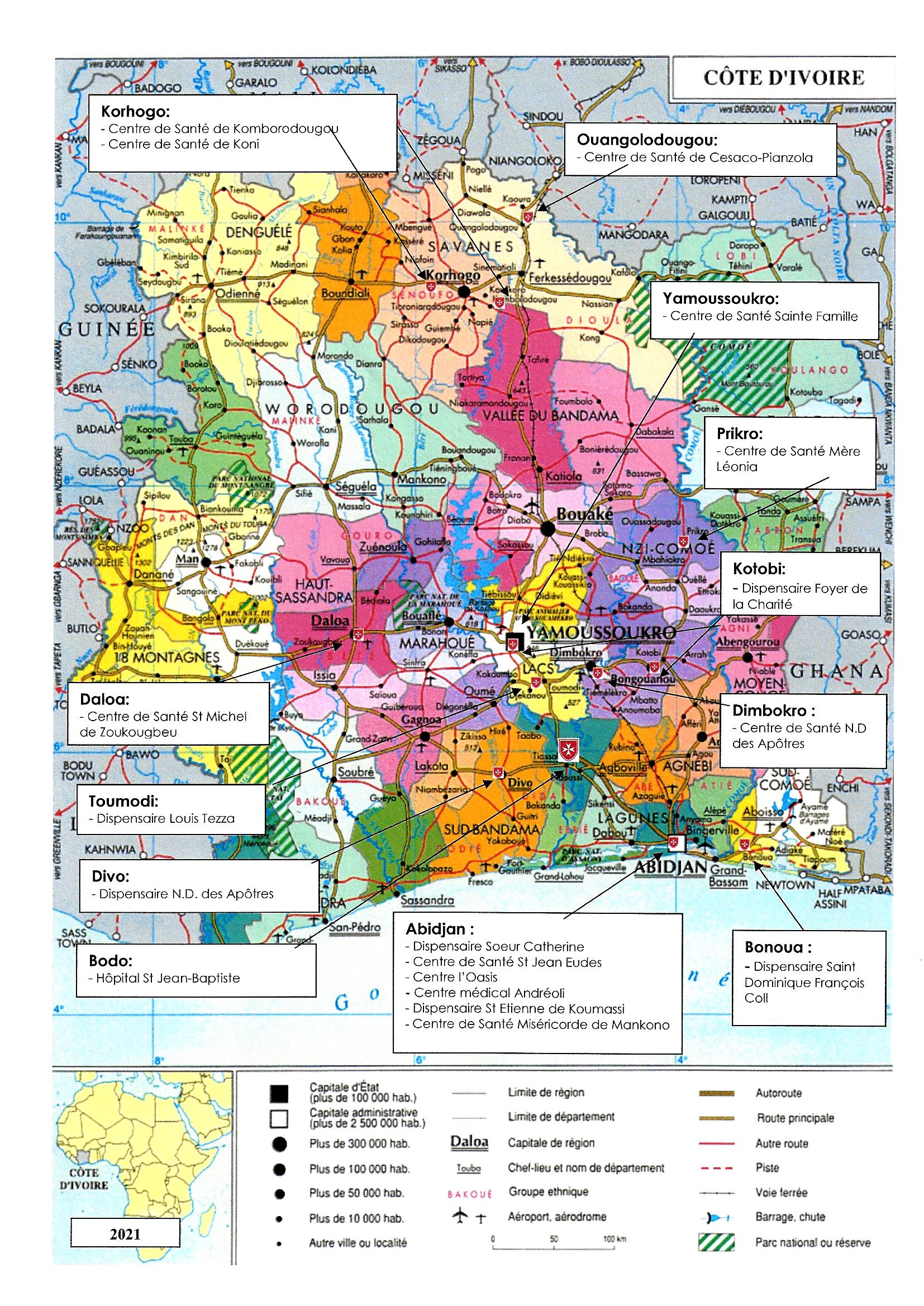 The Order of Malta has been active in the Ivory Coast for nearly fifty years. It is thanks to the Blohorn family in association with the French Hospitallers of the Order of Malta that a large number of dispensaries were created throughout the country. 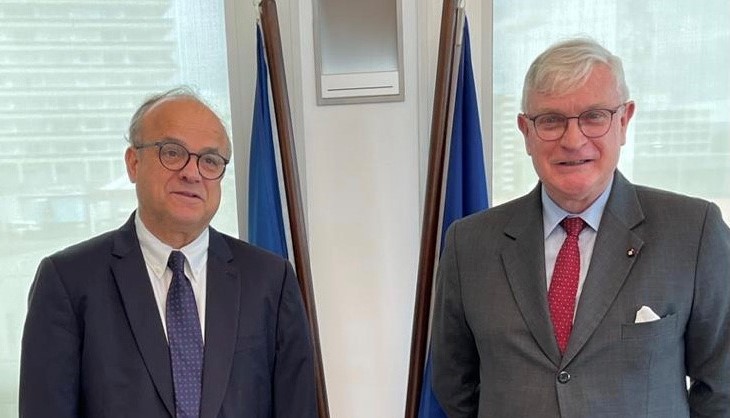 Meeting with the French Ambassador in Ivory Coast

A courtesy visit was paid to H.E. Jean-Christophe Belliard, Ambassador of France to the Republic of Côte d'Ivoire. 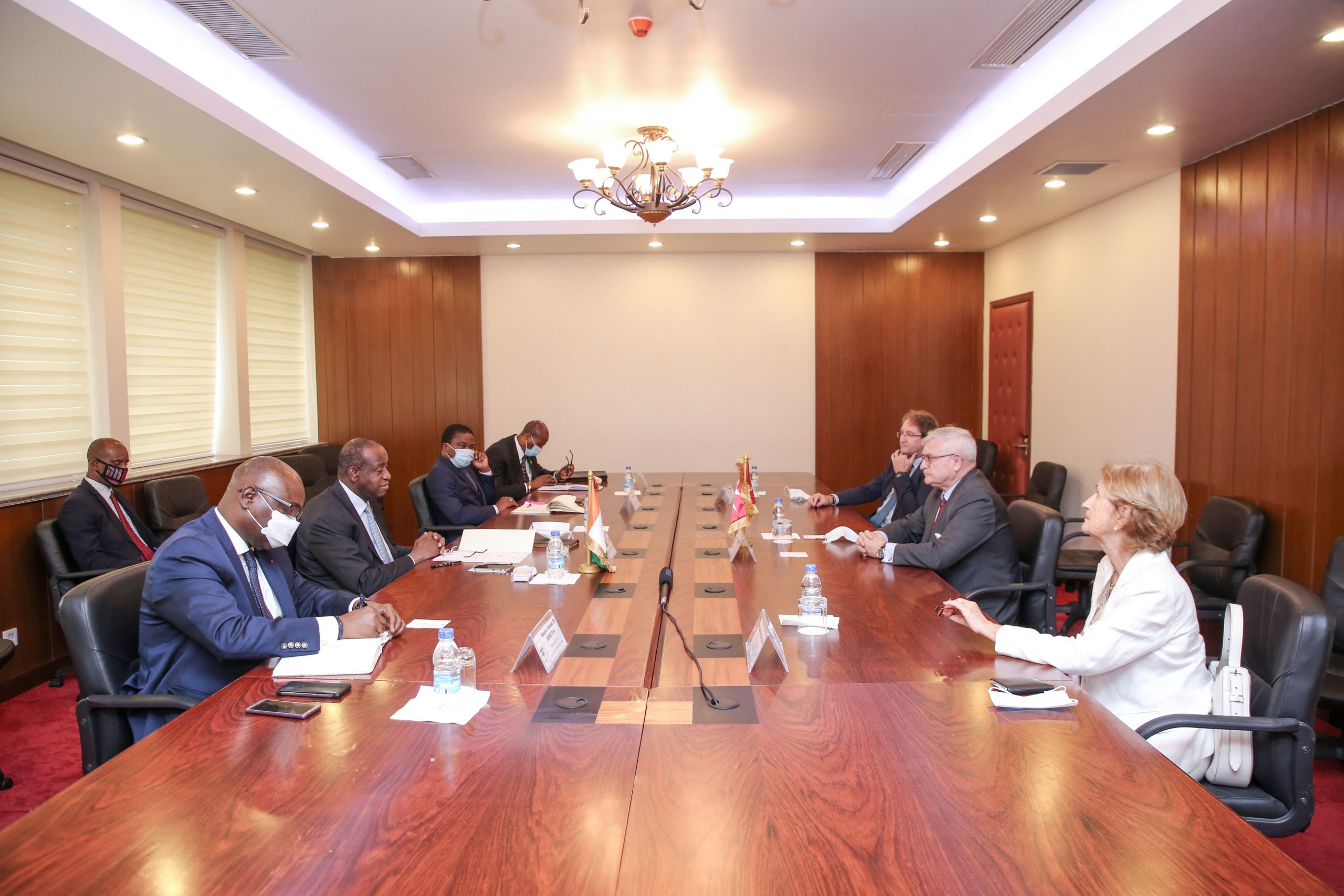 Working meeting at the Ministry of Foreign Affairs

A working meeting was held on January 15 under the chairmanship of Mr. Ally Coulibaly, Ivorian Minister of Foreign Affairs, in the presence of his Director of Cabinet and the Deputy Secretary General of the Department.